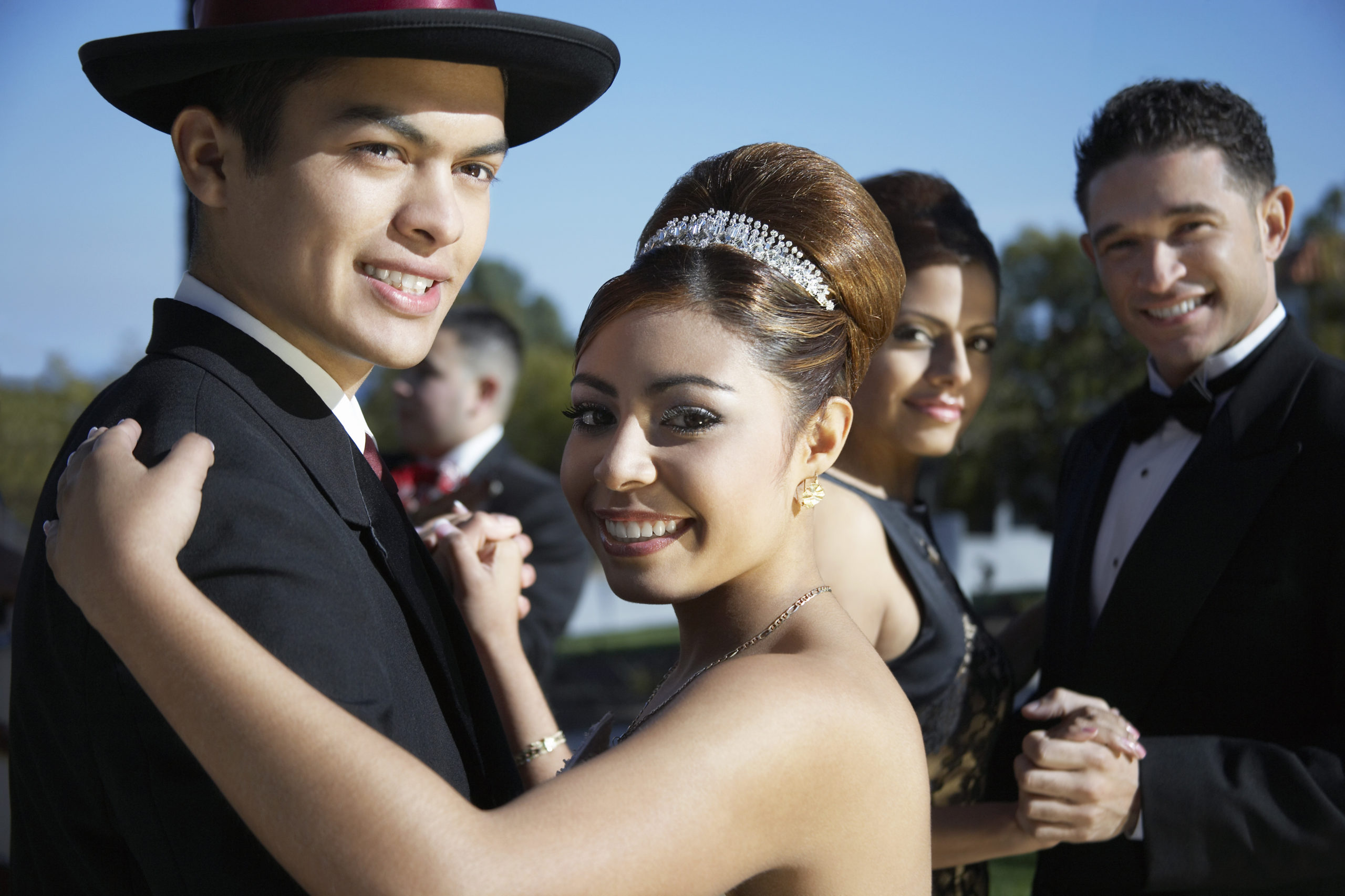 During this time of the year, one of the big events that many of us with Latin American cultural roots look forward to are Quinceañeras. Also known as fiesta de quince años, Quinceañeras are meant to be a special celebration of a young woman turning fifteen. Today, Quinceañeras are celebrated all over the world and each region has developed a wide-range of traditions unique to its area and culture.

Spanish for “fifteen years,” a Quinceañera at first glance might seem like just an extremely lavish birthday party; however, beneath the surface, it’s easy to find a rich history and deep meaning to this cultural celebration.

As the big day approaches for many young girls to mature into young women, we here at Tuxedo Wearhouse would like to share some of our favorite Quinceañera traditions and their historical significance. 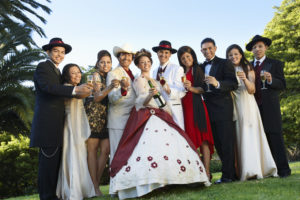 Before we discuss the beautiful traditions that have come to define modern-day Quinceañera celebrations, we thought it would be smart to see where this custom originates. Ultimately, it is believed that our modern-day understanding of a Quinceañera stems from multiple influences from both religion and culture. These influences include Spanish, Catholic, Aztec, and other ancient and early modern civilizations and cultures. 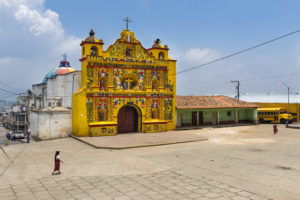 While many of these older celebrations were for various ages other than fifteen, today’s celebrations mostly focus on the specific birthday of fifteen, hence the name Quinceañera. Traditionally, this event was meant to mark a girl’s entrance into adulthood; however, even though this event still represents a mark of maturity for a woman, many of the original expectations no longer apply.

Traditions from Around the World

As a tradition primarily stemming from Latin American regions, one of the foundations for the  Quinceañera in many regions is the Catholic religion. One of the main places that Quinceañeras follow Catholic customs is Mexico. In Mexico, the traditional dress for the birthday girl is typically a long and extravagant ball gown, which is first worn to Catholic Mass to begin the celebration. Certain religious aspects such as Rosary beads and a tiara are oftentimes gifted to the girl of honor. Many of these same traditions can be seen in places such as Columbia and Brazil.

Other regions that have developed their own unique Quinceañera practices include Argentina, Cuba, Dominican Republic, Peru, Venezuela, Bolivia, and Ecuador. Most of these regions begin their celebration with the father and daughter entering together, typically dressed in a very elegant and traditional dress. Once the birthday girl arrives, the ceremony of the waltz typically begins, which involves dancing first with her father and slowly being passed on to other relatives and friends. 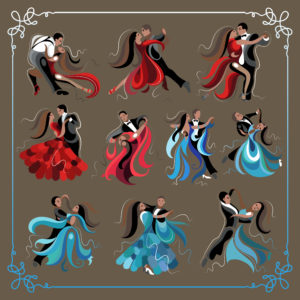 As the night goes on, it usually alternates between periods of eating and dancing. One of the more unique traditions of these regions is the 15-candle ceremony. For this, the birthday girl personally hands a candle to the fifteen people she believes to be most influential in her life. Each candle is intended to represent each year that the 15 year old has now “left behind,” as well as a dedication to each person who will help her grow as a woman.

Overall, essential aspects that can be seen across regions and cultures are the delicious food, large ceremonial dances, elegant dresses and tuxedos, and deep personal connections between friends and family. 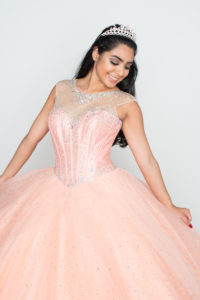 Throughout the 20th century, as the number of immigrants from Latin America continued to increase, Quinceañeras as a cultural tradition followed. Thus, as many of these immigrants settled in areas such as Los Angeles and parts of Texas, aspects of Hispanic and Latino culture were introduced to American culture, especially Quinceañeras.

While many of the classic practices were included, such as the mix of dancing and food with more sentimental and religious practices, many of the more formal features evolved over time. For example, while the traditional dress is usually white or pink, many of these guidelines no longer necessarily apply. Despite this, Quinceañeras remain a staple traditional for Latin American communities all across the United States.

While the center star of any Quinceañera is obviously the birthday girl and her beautiful dress, if you are someone who is attending and instead need a tuxedo or suit, then Tuxedo Wearhouse is here to help! Come see us at Tuxedo Wearhouse today for your next Quinceañera!

How To Save Money On Prom