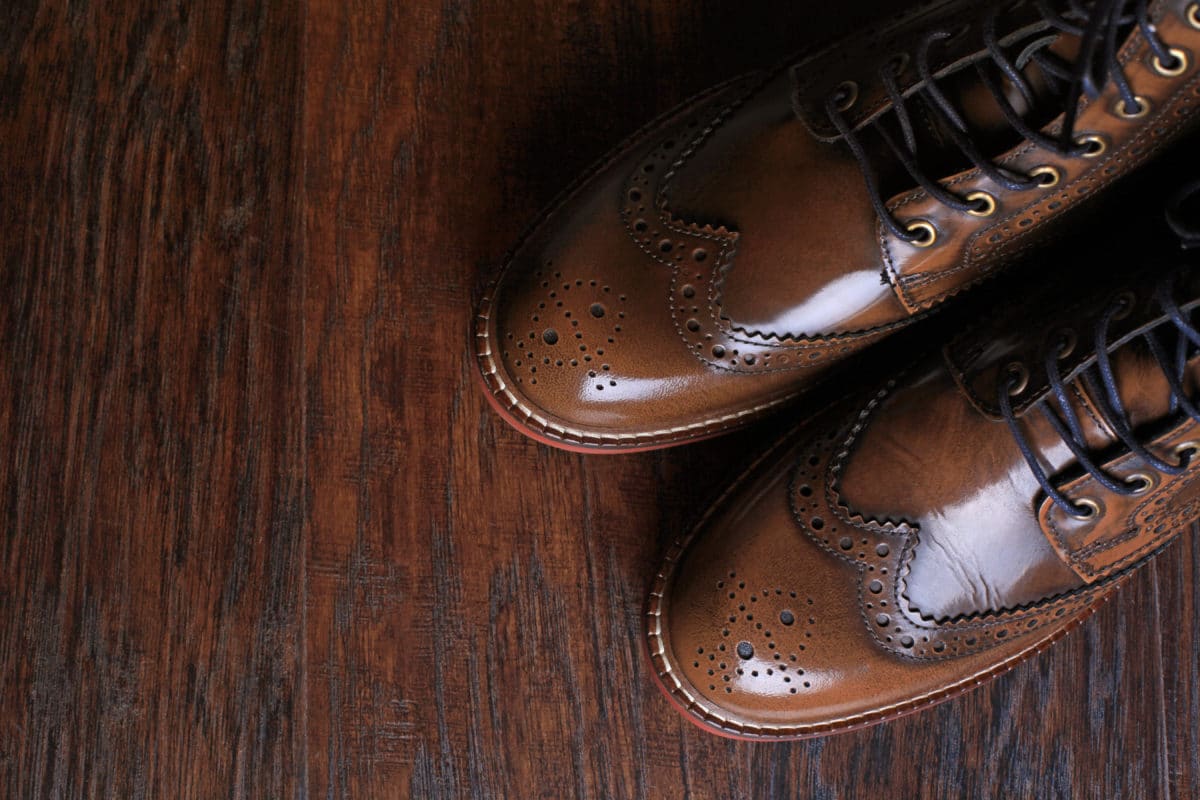 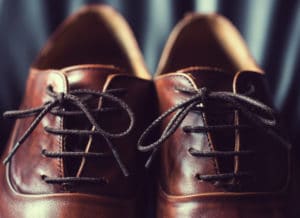 Just like Forrest Gump’s Momma said, there’s an awful lot you can tell about a person by the kind of shoes they are wearing. Not only is this timeless general advice, but it is especially true when wearing any form of dress wear.

Ultimately, no outfit or suit is complete without the proper shoes for the occasion. Due to this, we will go over some of the main styles of dress shoes so you can make sure to find the perfect design for your wardrobe needs.

When it comes to picking out a dress shoe for a special occasion, standard professional attire, or even the casual night out, you can never go wrong with the traditional oxford dress shoe. Interestingly, the main small detail that distinguishes the classic oxfords from other types of dress shoes is that the shoe eyelets are located inside the shoe underneath the vamp. Due to this, this style of shoe is typically considered to be more formal than other types of dress shoes. Oftentimes, you will also see this design labeled as “Balmoral,” which is a reference to their origin in Ireland and Scotland where they were named after Balmoral Castle. Eventually, as this formal shoe design reached the United Kingdom and the United States, it gained its new Oxford name and global popularity due to its association with Oxford University, where college students wanted a better shoe design than the traditional knee and ankle high boots.

One of the main reasons that the Oxford styled dress shoe is so popular is because of its nearly universal ability to pair with any degree of formal wear, especially due to the extremely wide range of colors, materials, and broguing patterns that are available.

While the Derby looks similar to the Oxford in regards to general shape, it tends to be regarded as a choice for more casual occasions. One of the main differences that has produced this reputation for less formal situations is the “open lacing” design in which quarters and eyelets are sewn on the outside. Much of their popularity stems from the middle of the 19th century when the Derby design was primarily known as a sporting and hunting boot. Along with this, other names that the Derby has come to be known as are “blucher” and “bucks”. 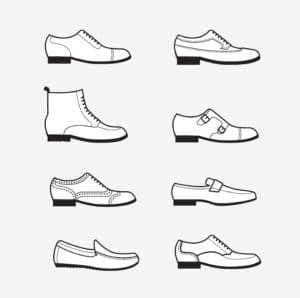 Standing in between the Oxford and the Derby in terms of formality is the Monk Strap. Many people believe that this design was created by monks who were looking for a closed toe alternative to sandals. Rather than lacing, as the name suggests the Monk Strap is designed with a buckle and strap fastener. Typically featuring both suede and shine, as well as intricate and unique broguing patterns, the Monk Strap is the perfect choice for a truly polished look.

Ideal for those occasions that call for a more comfortable and relaxed shoe, the Loafer originated as a casual everyday shoe made for the aristocracy in Great Britain. The most well-known early example of the Loafer was actually a pair personally designed for King George VI called “Wildsmith Loafers.” Arriving in the United States, Loafers are commonly referred to as “Moccasins.” Different styles of Loafers include Aurland, Penny, Kilted, Gucci, Belgian, and Tasseled. Overall, Loafers are typically reserved for less formal situations but can be adapted to certain suit styles to heighten your look.

Before modern-day dress shoes were widely available for men, the most predominant style of formal shoe was the Dress Boot. With a lower half look that resembles the classic Oxford design, the distinguishing attribute of the Dress Boot is of course the higher cover over the ankle and laces. Despite its long history, the traditional laced Dress Boot still remains an essential part of any wardrobe. 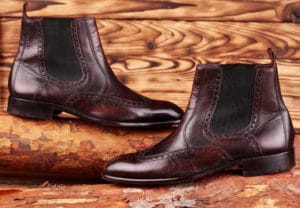 Slip-on and snug-fit, the Chelsea Boot is a popular and fashionable boot variety that is typically made with leather or suede and maintains a simplicity that is agreeable to a wide range of outfits. Two of the defining characteristics of the Chelsea Boot are the elastic side panels and a loop on the back. One of the reasons that the Chelsea Boot has maintained well-deserved fame over such a long period of time is largely due to its origin. As the story goes, Queen Victoria’s shoemaker, J. Sparks-Hall, aimed at creating a more comfortable alternative to the typical shoes of the Victorian era. While J. Sparks-Hall titles them “Patent Elastic Ankle Boots,” most people believe that they became known as Chelsea Boots around the 1950s and 60s when they became associated with King’s Road in the Chelsea area of the United Kingdom. Hopefully this introduction will help you find the shoe style that aligns with your unique fashion sense. If you need help getting started, come see us at Tuxedo Wearhouse and we will help you find a shoe design perfectly tailored to your needs.